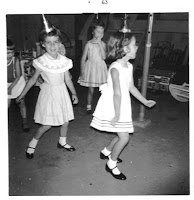 I Feel So Sorry for St. Valentine!

Valentine's Day is a day for love and romance. It is also the feast day of St. Valentine, yet many people have no idea who he was.

Archaeologists have unearthed a Roman catacomb and an ancient church dedicated to Saint Valentine. In 496 AD Pope Gelasius marked February 14th as a celebration in honor of his martyrdom.

Valentinus was a Roman priest martyred during the reign of Claudius the Goth [Claudius II]. Since he was caught marrying Christian couples and aiding any Christians who were being persecuted under Emperor Claudius in Rome [when helping them was considered a crime], Valentinus was arrested and imprisoned. Claudius took a liking to this prisoner -- until Valentinus made a strategic error: he tried to convert the Emperor -- whereupon this priest was condemned to death. He was beaten with clubs and stoned; when that didn't do it, he was beheaded outside the Flaminian Gate in 269.

One legend says, while awaiting his execution, Valentinus restored the sight of his jailer's blind daughter. Another legend says, on the eve of his death, he penned a farewell note to the jailer's daughter, signing it, "From your Valentine."
Posted by Shari Beck at 7:36 PM No comments: